Dallas activists swarm the city this week to 'save the bees' 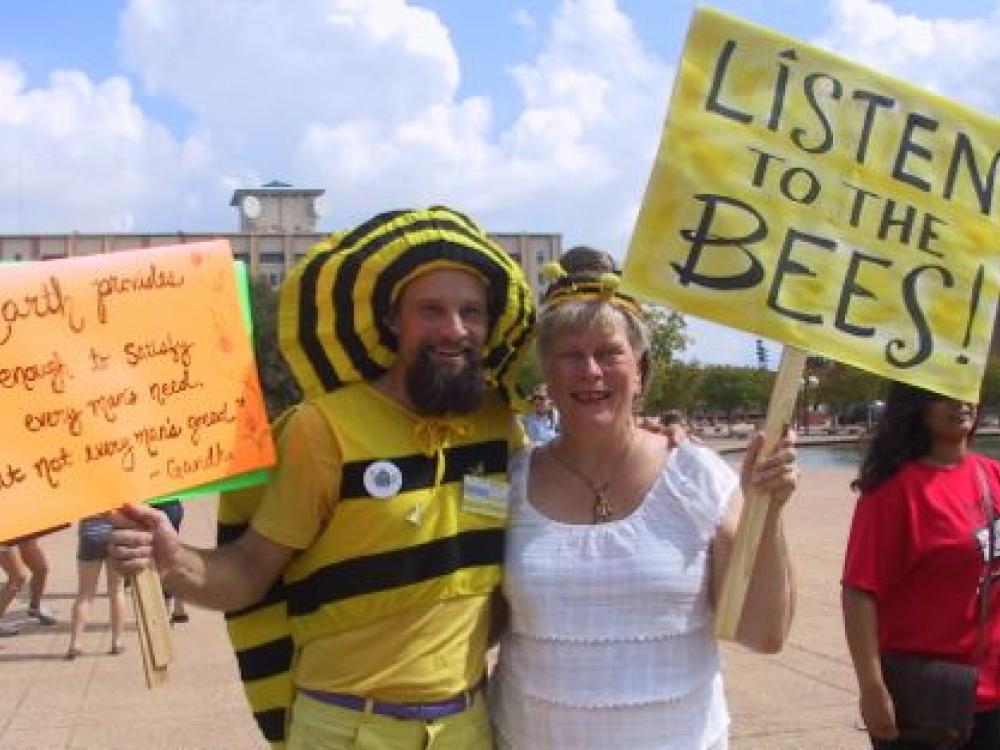 Brandon and Susan Pollard, founders of the Texas Honeybee Guild, will be showing their bee pride during demonstrations in Dallas this week. Photo by Julie Thibodeaux.

A group of activists in Dallas want to start a buzz in North Texas about bees. That’s why they’ve been busy organizing a week-long roster of activities that culminates with a rally on Saturday in Klyde Warren Park. It's all to draw attention to the crisis that's affecting bees worldwide.

Scientists, environmentalists, farmers, gardeners and bee lovers of all stripes are alarmed by the worldwide epidemic known as Colony Collapse Disorder. The cause is still considered unknown, however some researchers suspect that insecticides are contributing to increased bee deaths. 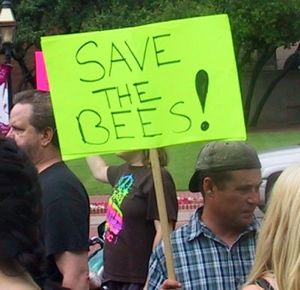 Leslie Harris, a local environmentalist who's organizing the bee happenings in Dallas, said they are joining a global action spun off from the March Against Monsanto rallies launched last year. On social media, the event is known as Bee Against Monsanto with gatherings to be held worldwide on Aug. 16, on National Honeybee Day.

Left, bee lover at the March for Monsanto in Fort Worth in May 2013. Photo by Julie Thibodeaux.

Harris, an organic gardener who works at the Dallas Peace Center, said they are capitalizing on the charisma of bees to bring attention to a serious environmental issue. Their secret weapon: a flash mob wearing kitschy bee costumes and goofy antennae.

“We’re trying to raise awareness about the importance of getting rid of pesticides that are used in agriculture that are harming bees,” she said. “We’re trying to do it with a real family friendly event. It’s kind of soft activism.”

Harris said the week’s events have the backing of the Texas Honeybee Guild, North Texas Veterans for Peace, Code Pink Women for Peace, the North Texas Light Brigade and the Dallas Peace Center.

“The Dallas Peace Center is against all war, including war on the planet,” she said.

So far, 200 people have RSVP’d that they’re attending the Saturday rally.

The week kicked off Monday with a bee dance practice held at the Continental Avenue Pedestrian Bridge. Here’s the run down on the remainder of this week’s events:

Tuesday: Make Your Voice Bee Heard Day – Participants are encouraged to call their legislators and ask them to ban neonicotinoids, a class of insecticides suspected to contribute to bee deaths. 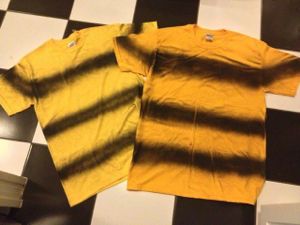 Wednesday: Buzz Around Dallas Day – Activists will ride around Dallas on the DART in bee costumes. Meet at 9:45 a.m. at the kiosk in front of the Mockingbird DART Station. Buy your all-day ticket and be ready to board the 10:08 train towards Parker Road Staion. The train will stop at the Forest Lane Station at 10:19 a.m. If anyone wants to jump on there and join the group. They’ll disembark at the Downtown Plano Station at 10:33 a.m. to Haggard Park. Afterwards, reboard the DART and plan to make stops (including one for lunch) at other stations on the way back to Mockingbird Station.

Thursday: Bee a Busy Bee Day – Wear your bee costume all day as a way to start a conversation about bees. 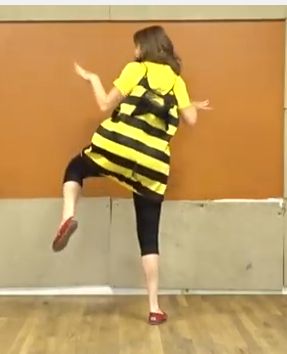 Organizers remind event-goers that this is a nonpartisan, peaceful, family-friendly event and ask sign makers to stay tasteful and on message.

As for where to find those bee costumes, you can make your own. Harris recommends buying a yellow thrift store T-shirt and using black masking tape or spray paint to make stripes.

“A bunch of us have dorky bee costumes from Amazon,” joked Harris. “They’re nice and baggy.”

And for those who need help with the honeybee dance, here’s a demonstration video made by Harris and her daughter Jackie.