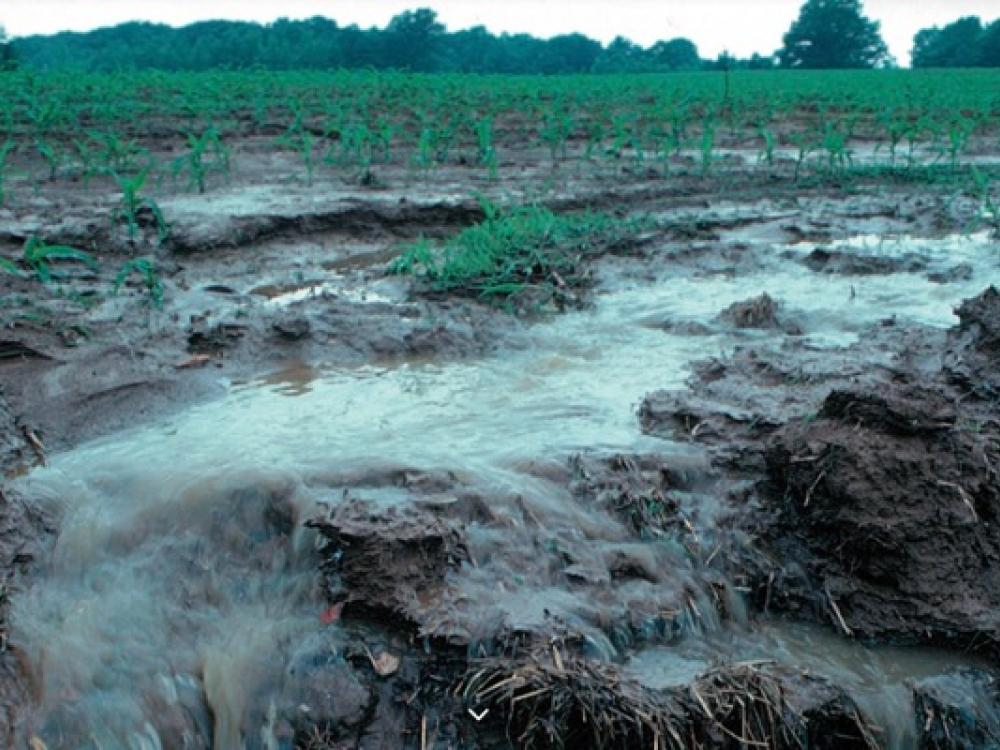 Mighty Earth says runoff from Tyson Foods' facilities and suppliers has contributed to the largest Gulf of Mexico dead zone in history.

Change may be coming to the top U.S. meat producer, at a location near you. Tyson Foods’ meats and poultry, familiar in kitchens across Texas, the U.S. and abroad, are enormous sellers – $36 billion in 2016. However, the environmental fallout from Tyson, its top competitors and their supply chains of feed growers and animal-raising operators is also gigantic – in Texas, as well as in the Cornbelt.

In August, CBS News reported that millions of tons of sewage and pesticide runoff that flow down the Mississippi River from Midwestern livestock feedlots, grain farms and meat processors had created a historic marine disaster in the Gulf of Mexico.

“This is the biggest dead zone in (Gulf) history, in a region that provides 40 percent of the nation’s seafood,” reported Jeff Dulac of CBS This Morning.

The dead zone, in which marine life can’t survive, is caused largely by meat industry runoff. As of August, it covered almost 9,000 square miles of the Gulf, the area of New Jersey.

In August, CBS News reported that millions of tons of sewage and pesticide runoff that flow down the Mississippi River from Midwestern livestock feedlots, grain farms and meat processors had created a historic marine disaster in the Gulf of Mexico.

CBS’ story came from a report by Mighty Earth, a young people’s global campaign organization for environmental issues that’s based in Washington, D.C.  Working from data from U.S. Geological Survey and others, they traced fertilizer in the Mississippi to Tyson and the upstream supply chains of three top agriculture conglomerates, ADM, Bunge and Cargill. That trio control the majority of U.S.-grown corn and soy. Tyson had operations in all nine states with the highest nitrate levels in watercourses

Now Mighty Earth is in Dallas, bringing to Texas its “Clean Up Tyson” campaign to protect water by changing the company’s feed-growing practices. “Clean Up Tyson” is also active in six U.S. communities suffering health consequences from fertilizer pollution. Tyson’s new CEO, Tom Hayes, announced new sustainability goals back in April, including “healthier food, healthier animals, a healthier environment.” Mighty Earth is enlisting Texas businesses and organizations to urge Tyson to live up to those goals.

Working from data from U.S. Geological Survey and others, they traced fertilizer in the Mississippi to Tyson and the upstream supply chains of three top agriculture conglomerates, ADM, Bunge and Cargill.

“As of Oct. 6, 50 companies and groups have signed on to our letter to Tyson,” said campaign organizer Shana Gallagher.

The coalition Texas Campaign for the Environment brought 35,000 members on board. 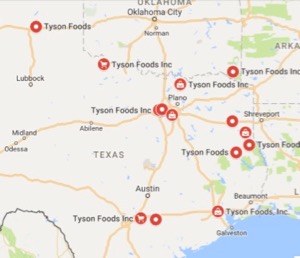 Texans experience pollution of local bodies of water near Tyson processing plants located here, Environment Texas reported in June 2016. The Tyson poultry-processing center in Center, Texas, near the Louisiana border, had discharged 615,811 pounds of toxic pollutants into local waters in 2014, according to data it reported to the federal Toxics Release Inventory.

Texas has 16 Tyson locations. Meat and poultry slaughterhouses and processing plants are not designated on its corporate website, but Google Maps shows that the DFW area has four Tyson locations, three administrative and a North Richland Hills site identified only as “manufacturing.” Of the other 12 sites in Texas, five are slaughterhouses and processing plants and two are poultry hatcheries, all producers of waste.

Mighty Earth’s letter asks Tyson to adopt conservation growing methods and abandon practices that clear land fence line to fence line, till intensively and leave fields stripped bare to erosion. It also calls for a halt to clearing native prairie for industrial agriculture, converting it to runoff-prone fields under chemical-intensive management. Clearing prairie also amounts to setting off a carbon “bomb,” unloading vast amounts of climate-warming CO2 into the atmosphere, as well as losing the carbon-trapping power of thick grassland, climate scientists have found. 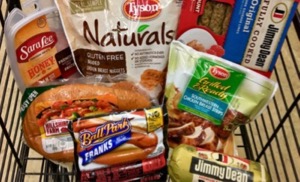 “It’s non-controversial changes anyone can get behind,” said Gallagher. “We’re going to Tyson because ADM, Bunge, Cargill, also Monsanto, huge ag companies that are actually at fault here, causing the pollution, don’t actually have consumer interface, or care about the brand as much as Tyson does. Tyson buys from them.”

“It’s a contribution – but not taking on the entire system,” she described the call for changes in ag practice. “A starting point for more transition, we hope. We want to appeal to as many Americans as possible.

“We’d like this to be a ‘hero’ story, we’d like to see Tyson deliver on their sustainability pledge and be a trendsetter in the industry.”