A revised settlement agreement between Ash Grove Cement and the cities of Dallas and Arlington now includes language that preserves the goal of the original green cement policy, winning the support of DFW clean air activists who initially opposed a deal two weeks ago.

"We're happy to give our blessing to this new agreement and policy," said Jim Schermbeck, Director of Downwinders at Risk, the group that had been leading opposition to what it had termed "a sweetheart deal" between the cities and company announced on February 15th. "Instead of granting Ash Grove a perpetual excuse to remain the state's dirtiest cement plant, we now have a technology-based trigger that will enforce a regional boycott if it doesn't significantly reduce its smog-forming emissions."
Arlington is expected to approve the new terms next Tuesday and Dallas next Wednesday at regular city council sessions. 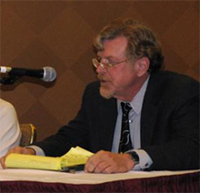 After directing a successful seven-day campaign to postpone council votes on the initial  settlement, Schermbeck was invited by Dallas city officials last week to discuss practical alternatives. He came armed with a compromise that he said would redirect the intent of the new policy back toward the goal of imposing a single "best practice" cement plant emission standard for Nitrogen Oxide, a major component of DFW's chronic smog problem.

"Council member Linda Koop, the City Attorney's office and the Office Of Environmental Quality deserve credit for allowing citizens more time to come up with a creative solution," said Schermbeck. We always appreciated that both Dallas and Arlington kept fighting for cleaner air against a corporation with bottomless bank accounts when other cities fell out. With this new agreement, they've demonstrated once again that they want to do the right thing." 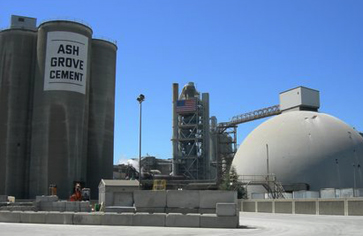 At the time, TXI operated four wet kilns and Ash Grove three. In July of 2010, TXI announced it was abandoning its wet kilns, in part because of the region's proliferating green cement policies, leaving Ash Grove operating the last wet kilns in Texas.

Under the new proposed settlement, everything that the cities and Ash Grove previously agreed to is left untouched. The only difference is an amendment that says that agreement is only good until the EPA certifies SCR (Selective Catalytic Reduction) has been proven 80% or better at removing NOx pollution from a U.S. cement kiln.

Because of at least one EPA-mandated cement kiln SCR pilot-test that's scheduled to be finished by 2013 in Illinois, Schermbeck says he's confident SCR will pass this benchmark in the near future.
Once it does, Ash Grove has one year to decide if it wants to install SCR controls. At the end of that year, Dallas and Arlington will revert back to the original green cement purchasing preference of 1.7 pounds of NOx per ton of manufactured cement - an emission rate at least 50% lower than Ash Grove's current one, and a standard the plant can't meet without SCR, or a new dry kiln.

Ash Grove has replaced its older wet kilns with newer dry ones in rural Arkansas, Kansas and Utah, but not in DFW, which has been in continual violation of the federal Clean Air Act for 20 years.
"By tying a renewed boycott of dirtier kilns to the development of SCR, Ash Grove's main legal complaints about discrimination disappear," said Schermbeck. "They'll have no more excuses to exempt them from dry kiln standards because they'll be a certified control technology that can get them there - if they want to use it." 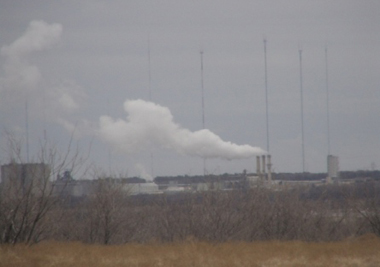 Schermbeck also noted that the expected timeline for SCR pilot-testing dovetails with other pollution reduction deadlines for the cement industry and DFW air quality planning happening in mid-decade.
"Does it buy them a bit more time to run the dirtiest cement plant in Texas without the pressure of a regional boycott? Yes. On the other hand this is now a legally-tested strategy with the clock ticking. The bottom line is that Ash Grove will have to reduce its pollution by a large amount in as little as three years, or face a regional boycott again."

"As much as the cities deserve praise, we want to make it very clear that this victory belongs to our supporters, who made sure elected officials at both City Halls knew the February 15th settlement was unacceptable. Their show of green muscle provided us with just enough time to make a case for a better solution. When strong advocacy combines with smart public policy, everyone wins."

This article is courtesy of DownwindersAtRisk.org

Jim Schermbeck is the director of Downwinders at Risk, an air quality watchdog group, based in Dallas-Fort Worth. Contact him at schermbeck@aol.com.