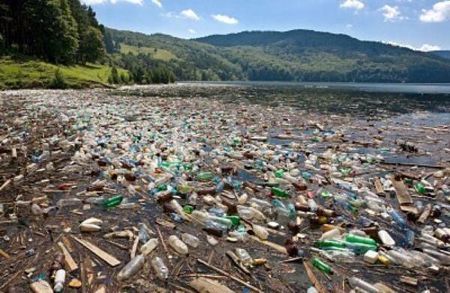 Organizers have met their goal to have at least 75 tickets reserved by Nov. 27, the quota needed to bring the film to a Dallas theater.

Whenever I ponder the mess we are in with plastic pollution, I can’t help but think about that scene from the 1960s film The Graduate, where Benjamin is talking to his dad about his future and dad responds: “There's a great future in plastics. Think about it.”

In less than two generations, plastic has gone from a promising packaging and product manufacturing solution to a ubiquitous, essential component of the modern lifestyle. We wear it, drink out of it, brush our teeth with it, use it in our buildings and homes, gadgets and more. It’s cheap, lightweight, durable, water-resistant and arguably more versatile than any other material on earth.

So why should we care about a material that makes our lives so much more convenient?

Plastic has become so insidious in our lives, yet many don’t really think about how it could be impacting us. For starters, your body is being polluted without your permission. Plastics can contain a whole host of chemicals that are never labeled that can leach into the environment and be toxic to animals and humans. Plastic pollution can also have an affect on tourism, ecosystems, water quality, fishing, property values and agriculture whether you live near the ocean or not.

Plastic waste doesn’t biodegrade, so other than a small portion that has been incinerated, most of the plastic  manufactured is still out there. Where does it all go?

A large portion of the debris is finding its way to the North Pacific Gyre. Over 1 million square miles, the circulating current is collecting man-made debris, 90 percent of which is plastic. Known as the Great Pacific Garbage Patch, this "plastic island" is made up of high concentrations of pelagic plastics, chemical sludge and other debris, measuring about twice the size of Texas and has the dubious honor of being the biggest landfill in the world.

Midway Islands, aka Midway Atoll, are also right in the middle of this gyre, roughly equidistant between North America and Asia. Midway Atoll receives substantial marine debris from the patch. And of the 1.5 million Laysan albatrosses that inhabit Midway, nearly all are found to have plastic in their digestive system. Wildlife, especially the albatrosses and turtles, are getting sick and dying and are being called the canaries in the coalmine, an outward visual sign of what plastic is doing to wildlife, waterways and humans. 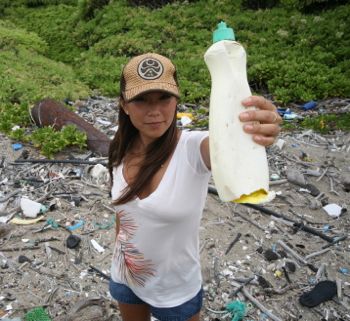 In a documentary called Plastic Paradise, docu-journalist Angela Sun takes us to the Great Pacific Garbage Patch to see what is happening as a result of our plastic consumption and what we can do about it.

The award-winning film will be coming to the Angelika Theater in Dallas on Dec. 4, via a web platform called Tugg, which allows people to bring the films they want to their city.

The film is being presented by The Green Spot. Help us spread the word by sharing with friends and colleagues.

Register for the film screening.

Amy King is the founder of Nested Strategies, a Dallas-based brand storytelling and content marketing company that works with small businesses, start-ups and non-profits to best tell their story and use their authentic voice across multiple social channels. Contact her at amy@nestedstrategies.com or on Twitter @nestedallas.