Arlington vet enlists army of volunteers to clean up park 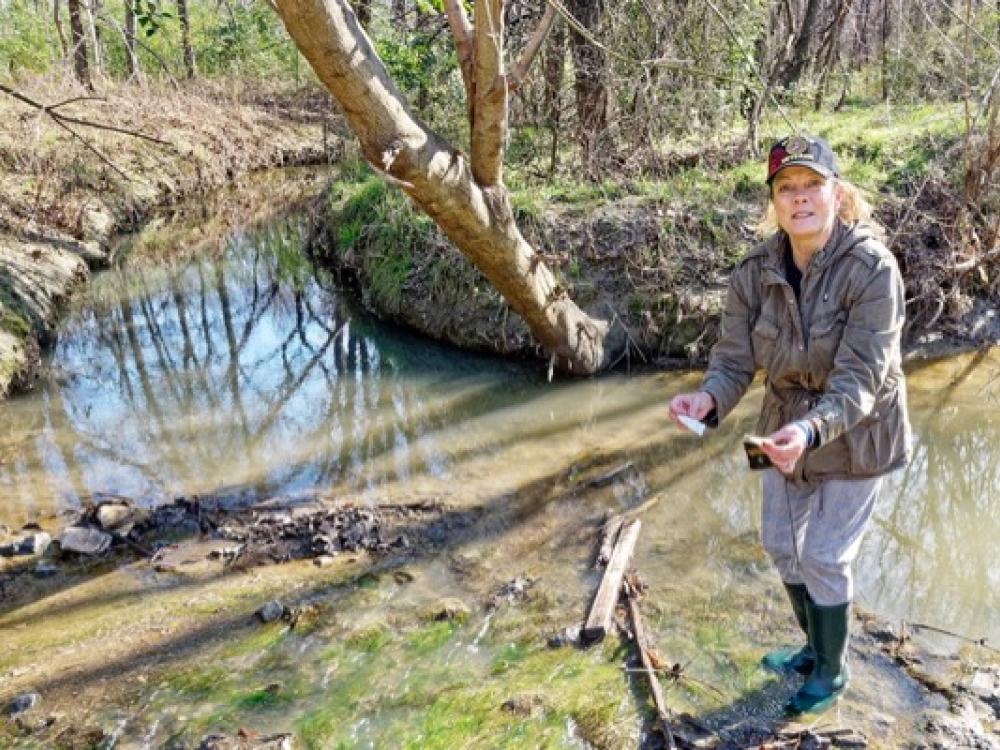 Angel Carter didn’t like seeing all the trash in the park near her home in south Arlington.

The U.S. Marine Corps vet tried picking up litter on her walks in Fish Creek Linear Park but there always seem to be more - piling up on the grass, hanging off branches and floating in the creek. Over the year’s she’s seen everything from a dining room table washed downstream to a car door flung from a nearby accident to bags of garbage dumped in the greenspace. 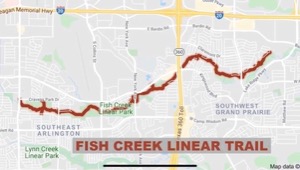 After months of tackling the litter on her own, Carter realized she couldn’t clean it up alone. 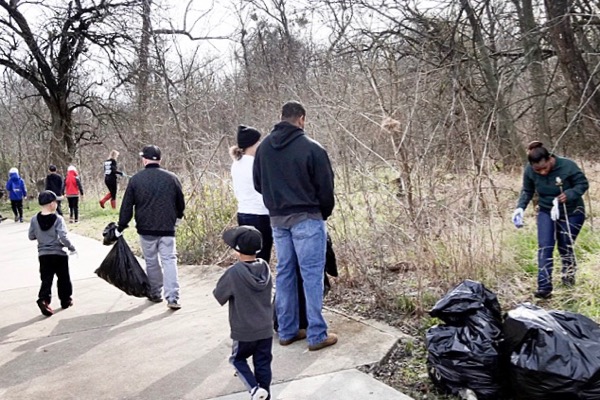 “I decided to invite a few hundred of my closest neighbors, friends and community members to come out and help,” she said

Carter determined winter would be the best time for the trash bash because with the leaves off the trees, it would be easier to spot the trash in the woods. Plus the snakes would be hibernating.

Last February, she was thrilled when more than 250 friends and neighbors joined her on a rainy day to pick up trash around the trails, in the woods and in Fish Creek itself.

Still they only cleaned up a section of the park. That’s when Carter decided that The Fish Creek Challenge had to be a yearly event.

This year for the second annual trash bash, over 800 people came out on the last Saturday in January.

Arlington Councilman Marvin Sutton was among the volunteers.

“The city has limited resources and needs community help, and our goal is to champion great neighborhoods,” Sutton said. 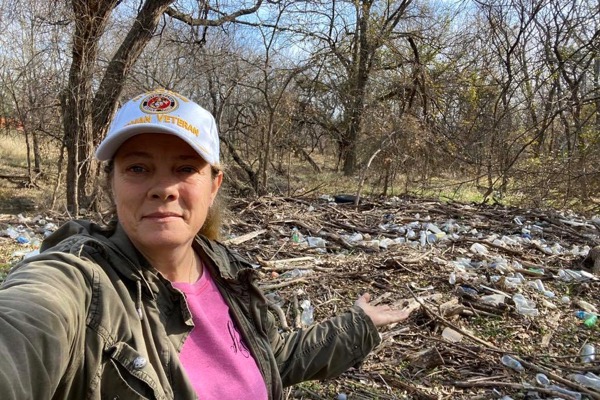 Carter believes you first have to educate people

“You can tell people all day long about the problem, but until they get out and see it, they won’t be motivated to do something," she said. "My strategy is to get people angry.”

She reached out to the Arlington Parks and Recreation Department operations manager Michael Debrecht, who was happy to help.

“We felt she might be lucky if 75 or 100 people helped at that first clean-up,” he said. “It’s amazing how she promoted this and got so many people.”

Debrecht said the Arlington Park and Rec Department has been holding clean-ups around Lake Arlington for 14 years and considered it a success when 200 residents showed up to pick-up trash last March.

“It’s a societal problem with miles and miles of streams running through many neighborhoods and with many people throwing away things. It’s an issue everywhere.”

But Carter is committed to fighting trash and hopes to grow the event.

She regulary stops in at local schools, churches and neighborhood groups to spread the word.

“A lot of people have been very responsive," said Carter. "They too, walk these trails, bicycle on them and let their kids play on them, where they see this trash that washes down from the roads to the creek to the Trinity and the ocean.” 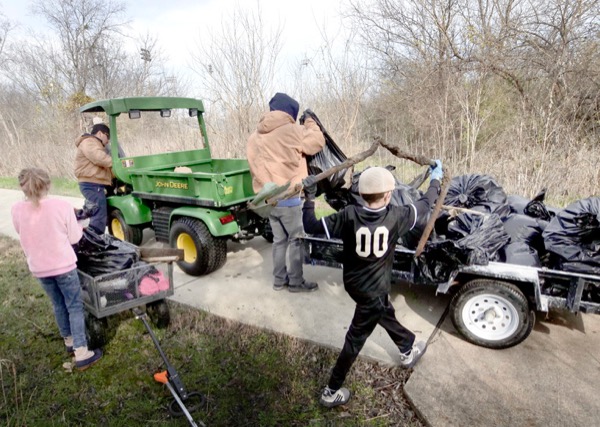 The city of Arlington provided bags, gloves and city workers to help with the cleanup.

So how did she round up 800 people to attend the trash bash this year?

“I learned, I had to reach out beyond my immediate circle of friends,” Carter said.

She spent all year getting the word out to the community.

She met with Arlington police department’s community liaison, who agreed to contact all the school resource officers and helped get clubs to put in community service hours. She contacted charities and organizations, including the Webb Masonic Lodge and Arlington Highlands Rotary Club. The Marine vet also reached out to veterans groups including The Mission Continues and Travis Manion Foundation, which brought 75 members to the clean-up.

“I hate simply asking for money,” says Carter. “It’s a lot easier getting the organization to simply provide some service.”

Not wanting to add litter with paper flyers announcing the Cleanup Challenge, Carter held a Chalk Art Contest and gave away a $20 gift card to help get the word out. The drawings could be sketched on any sidewalk, at school, home or any neighborhood park and posted on Facebook or Twitter with the hashtag #cleanupchallenge.

Watch the city of Arlington video about the Fish Creek Cleanup Challenge.

Two-thirds of those participating at the first clean-up returned this year, Carter says.

“Once again, groups showed up happy and ready, and full of optimism that we are going to get all the trash out.”

Total trash collected this year came to just under eight and a half tons, which breaks down to more than 21 pounds per person.

She has already started promoting the 2021 cleanup, with a goal of reaching 1,200 volunteers and plans to do a Fish Creek Cleanup Challenge every year.

“Before the Cleanup Challenge we could see plastic bags flapping in the breeze, and today I can see grass and the best part is when I see a turtle I don’t see it trying to fight the bottle in the creek  and when I see a squirrel he’s not going to have to fight the bag in the branches,” she says. “Those are the things that inspire me.”

About: Volunteers needed to help cleanup Fish Creek, which flows along almost 8 miles of Fish Creek Linear Trail in Arlington and Grand Prairie.