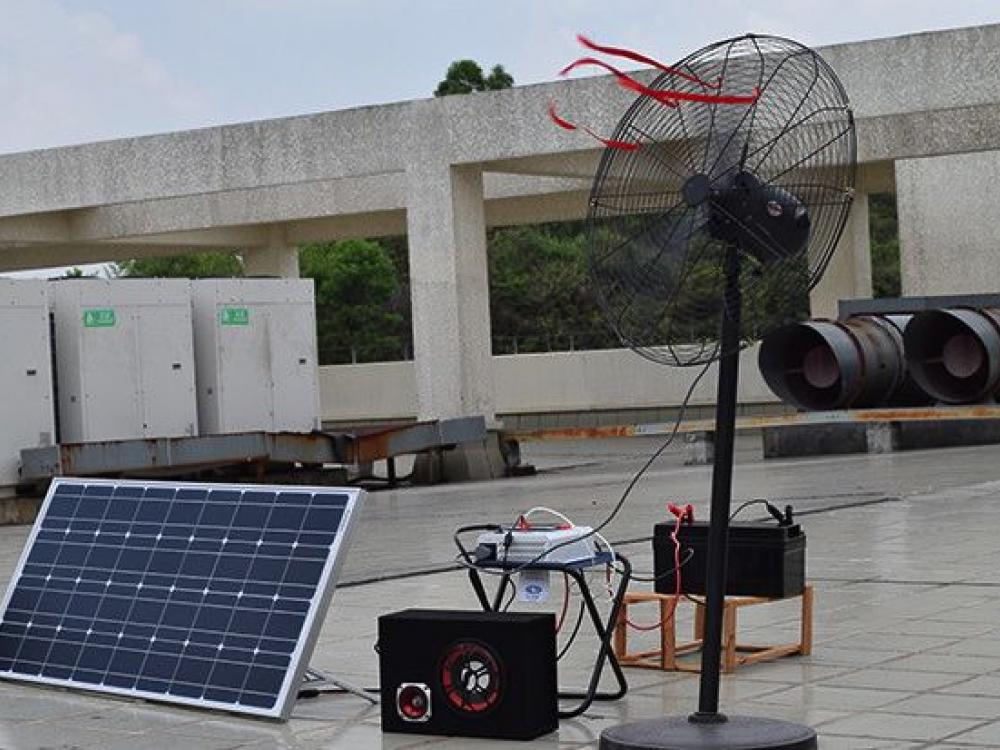 Sunraiden's solar kits are designed for off-grid use such as supplying power for outdoor appliances, backyard workshops or small dwellings in remote areas. Photos courtesy of Sunraiden.

Michael Sewanaku of Arlington is hoping his new enterprise selling mobile solar systems will redeem himself for his early career choice.

The 34-year-old founder of Sunraiden, maker of solar inverter/chargers, was born and raised in Canada. He said after college, he worked in the Canadian tar sands for two and half years, mostly doing environmental testing. While he enjoyed the big paychecks he received while on the job, later he had flashbacks about the environmental devastation he’d witnessed – namely the massive deforestation and pollution of land, water and air that came with mining tar sands oil.

​Michael Sewanaku of Arlington started his career working in the tar sands mines.

“I know first-hand what goes on. It’s really like the Apocalypse. No one in their right mind can go in the oil sands and say it’s a good thing.”

The experience inspired him to want to help the world switch to clean energy. He also had a dream of helping people in third world countries, such as Uganda, where his father is from. Combining these two aspirations, he developed a small affordable solar panel system that could be marketed to people living without access to electricity. 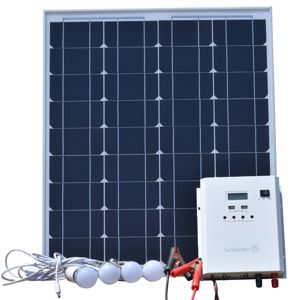 While Sewanaku had degrees in science along with a law degree, he had to enlist some friends who were engineering experts to create the product he envisioned.

“I wanted it to be simple, durable,” he said. “It had to have a strong casing and a simple design so anyone can figure it out.”

This summer, Sewanaku raised $35,000 on a Kickstarter campaign to put the first models on the market.

Starting at $259, the solar kits come with an inverter charger, a solar panel and cables. It works by connecting the Sunraiden inverter to the panels and to a 12-volt battery. They can provide light in a room, run a fan, power a computer and charge a cell phone on AC or DC power. To demonstrate his products' versatility, Sewanaku created a whimsical video showing a high-tech solar-powered doghouse that runs on a Sunraiden solar inverter/charger.

This solar panel kit includes a 500W inverter charger, a 50W solar panel and four LED light bulbs with cables and sells for $259.

Sewanaku hopes to sell enough of the solar systems to people in the U.S. to help fund his charitable organization FundASolar.org. A portion of sales will go to funding solar systems for people in third world countries who cannot afford them. His mother Doris Evans, a longtime Arlington resident and nurse for the Sisters of St. Mary in Fort Worth, oversees FundASolar and said she hopes to spend more time recruiting donations and locating needy recipients once she retires.

“I really want to make a difference. And this is something Michael and I can do together.” 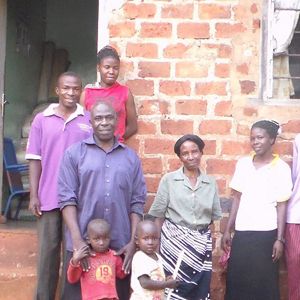 While there are other mini solar systems on the market, Sewanaku said he’s made his affordable while maintaining their high quality by selling directly to customers online. He hopes the systems will do to the solar industry what the personal computer did for the computer industry. He said he purposely designed them for the non-tech savvy customer.

“There’s no guesswork. It’s not complicated.”

The Serwaddas are one of the families donors can help fund solar power for on FundASolar.org

Sewanaku said he’s already encountered some of the pitfalls of his dream. He would have liked to have made his products in the U.S. however he quickly learned that China is where the manufacturing industry is centered. In addition, he learned that it’s a challenge marketing to people that he’d like to see using his solar panels – people of humble means in remote areas.

So he’s shifting his focus to marketing his systems to first world countries, hoping that sales will eventually fund his nonprofit.

“I started out with youthful optimism. Then I figured out no one is going to pay you to save the world,” he said. “If it helps solar usage spread in North America, I’ll be happy with that.”