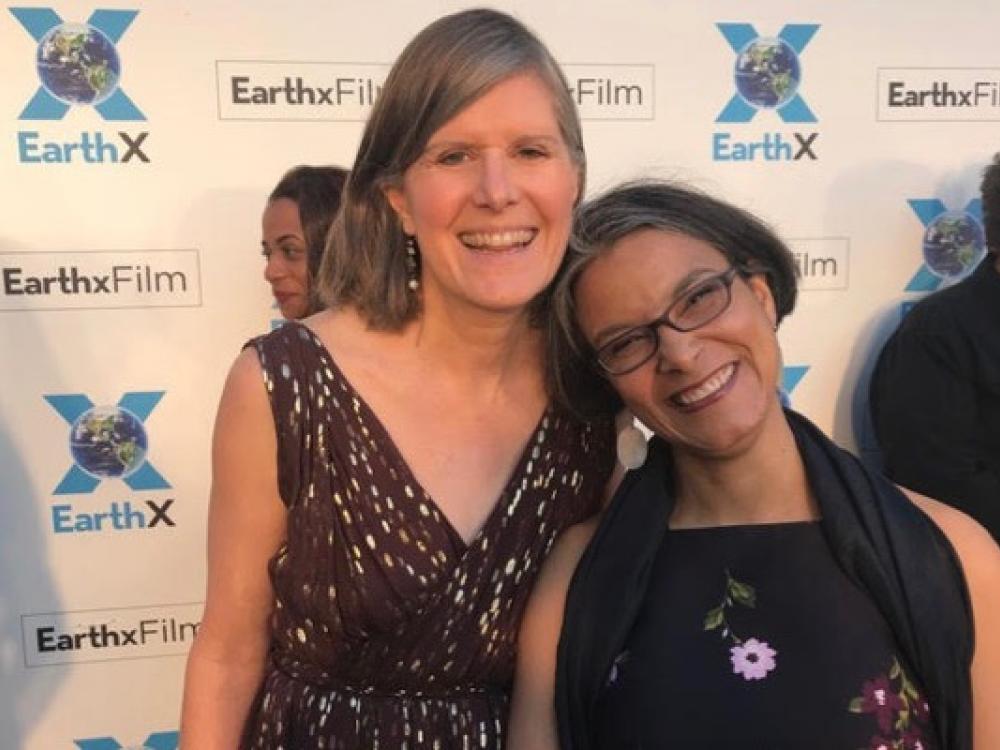 Sandra Steingraber, subject of the film, and Chanda Chevannes, filmmaker, at EarthxFilm in Dallas. Photo by Jon Bowermaster.

This weekend, the EarthxFilm festival awarded its top prize to Unfractured about a New York-based biologist turned fractivist. The film, directed by Chanda Chevannes, screened three times at the Dallas-based environmental film festival. 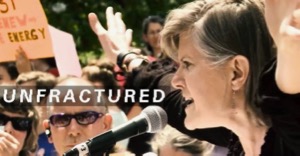 At the awards ceremony, members of the Best Feature Jury praised the film:

“This remarkable documentary does more than help us comprehend the fracking industry and its immediate impact on our environment. Unfractured is also a deeply moving and revealing portrait of the human cost of uncompromised activism and the anatomy of personal sacrifice. Ultimately, Unfractured carries with it a hopeful message about how advocacy, protest, and demonstration can—and must—truly change the world.”

The award comes with a $5,000 prize. Inspired by the growing opposition she has witnessed, including recently in Texas, filmmaker Chanda Chevannes said she will use the funds to bolster the grassroots movement, by offering the rights to screen Unfractured free of charge to 50 grassroots organizations. Chevannes intends to work closely with those on the frontlines of the battle against the fossil fuel industry, in the hopes of inspiring more women and men to join the fight.

A triumphant documentary about fighting with your whole heart, Unfractured follows biologist and mother Sandra Steingraber as she reinvents herself as an outspoken activist and throws herself into the fight against fracking in New York State.

Both Chevannes and Steingraber attended the festival and spoke during a post-screening Q&A on Saturday. The team was honored to have the Unfractured screen in Dallas, where it received an enthusiastic response from the audience during its Texas Premiere.

Prior to the screening, Steingraber was invited to speak on the risks and harms of fracking by Liveable Arlington, a grassroots group led by Ranjana Bhandari, which received the 2017 Green Source DFW’s Sustainable Leadership Nonprofit Award for their successful fight against a disposal well next to Lake Arlington. Steingraber also toured Arlington, which is home to approximately 325 oil and gas wells, many located not much farther than 300 feet of homes, along with three major compressor stations (one in Arlington and two at its boundary) and miles of gas gathering pipelines carrying unodorized gas.

“It’s incredibly uplifting to know that even deep in the heart of Texas—a state that is home to the oil and gas industry - a film about the fossil fuel resistance is being celebrated,” said Chevannes, in her award acceptance statement. “Texas is a place where the oil and gas industry makes its presence clearly - and overwhelmingly - felt. But this award is a powerful signal that people are awakening to the risks and harms of fracking, and the urgent need to stop fossil fuel extraction. Even in Texas, where fracking was first developed, there is an unstoppable grassroots fight being waged for an unfractured future.”

Chevannes dedicated the award to Liveable Arlington, led by residents who are fighting their own David and Goliath battle against the oil and gas industry in Texas.

Sandra Steingraber said, “Fracking is a Neanderthal technology that uses drinking water as a club to smash apart bedrock in order to extract climate-killing fossil fuels. Science shows that, wherever it is practiced, fracking pollutes the air, contaminates water, injures workers, and makes people sick. Unfractured brings to life the story of how we stopped fracking in New York, and to see that story—and the science behind it—resonate so deeply with our audience in Texas is, I believe, a very hopeful sign of the times. Even the tech guys inside the sound booth were applauding.”